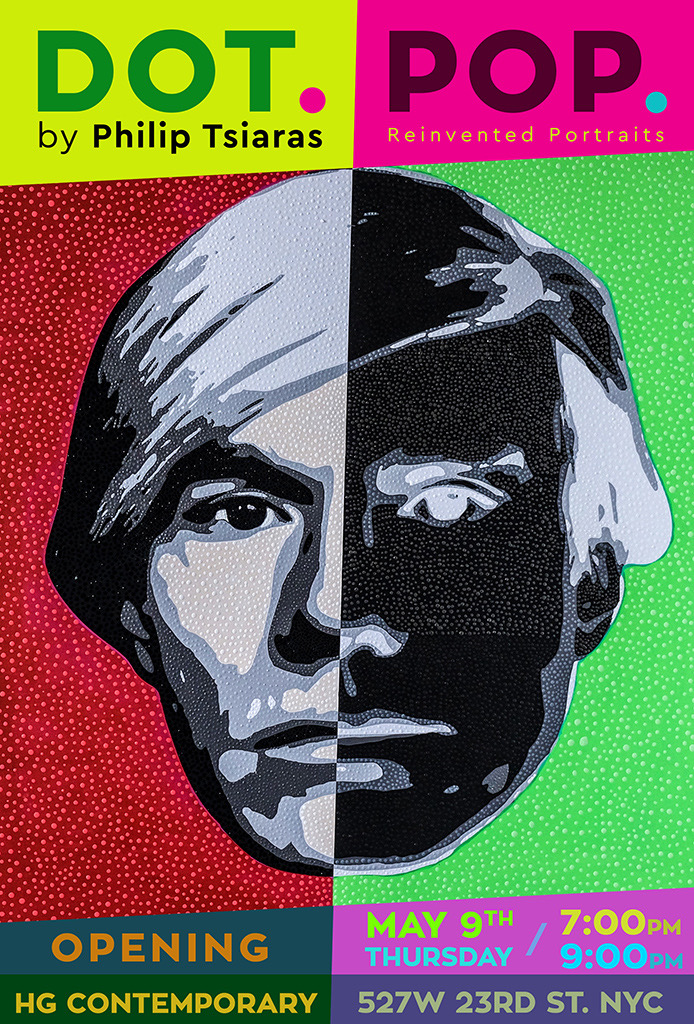 HG Contemporary is pleased to host an exhibition of new works by international artist Philip Tsiaras. As a painter, photographer, ceramicist, bronze and glass sculptor, Tsiaras’ work touches on practically all art forms. In a conceptual sense he believes that each exhibition contains a personal element of surprise.
The new works at HG Contemporary, in fact, explore the world of an obsessed Pointillist artist with a love of Portraiture – The DOT– paired with popular iconography is infused with a myriad of painted multicolored coordinates, bordering on the scientific of sensualism, or in archaic terms, a modern Roman mosaic.
Tsiaras comes full circle, as a classic black and white photographer in his early career, to realize a new painterly language in realistic hand-dotted personalities from Tyrant to Pop Diva. These paintings embrace the Warhol-ean interest in popular icons, (Tsiaras is himself an avid collector of Warhol’s works), and are fueled by a compulsive attention to particle detail, The DOT, gleaned from Tsiaras’ years as assistant to Lucas Samaras.
The exacting nature of these paintings create a tour de force of Pointillist bravura and re-examine such classical figures as: tyrannical Mao and Stalin, internet guru Steve Jobs, fashion legend Karl Lagerfeld, opera diva Maria Callas, America’s pride, Jackie& JFK, and the nobility of Queen Elizabeth and Princess Diana, etc.
There are also adversarial portraits, “DUETS” of characters merged physically in a bond of familial adversity, most notably Donald Trump & Vladimir Putin.
Philip Tsiaras further introduces an adapted algorithm that allows a digital transfer to weave patterns and elements from his own paintings into the nexus of the new portrait. 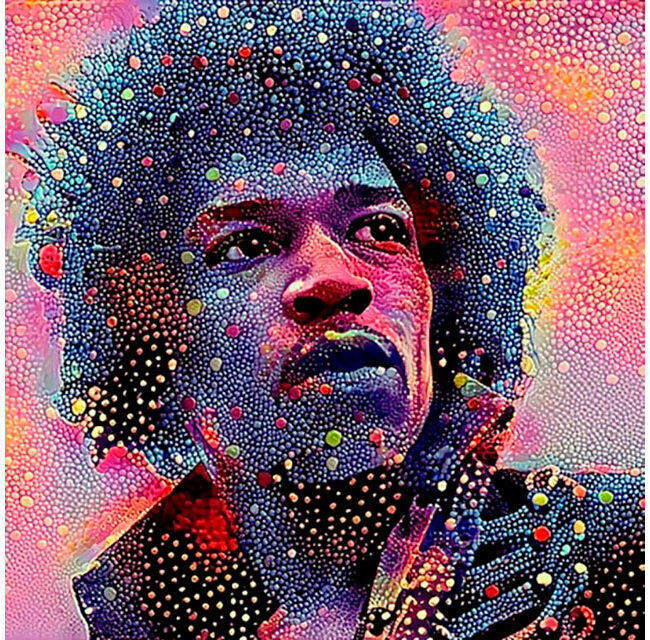 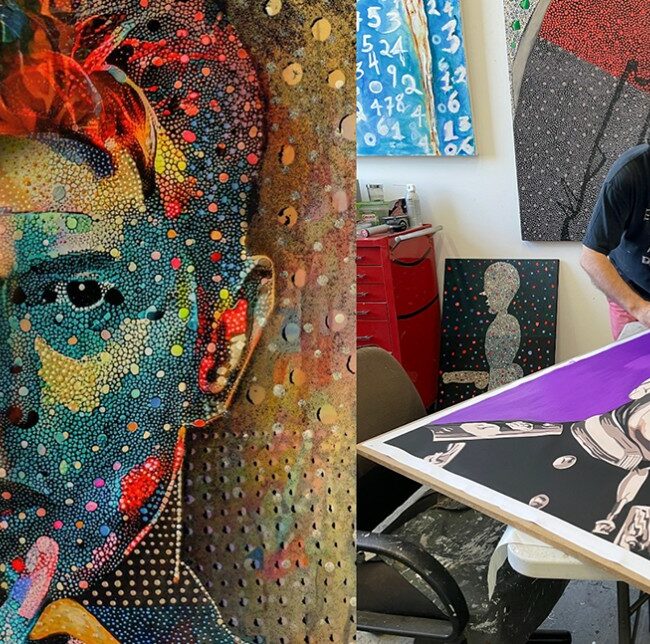